OSHA Fatal Four and Leading Causes of Deaths in the Workplace

Since 1971, OSHA has collaborated with employers, health and safety professionals, and other safety advocates to create safe and healthy workplaces across the industry.

The Fatal Four of OSHA: How to Avoid the Deadliest Construction Hazards 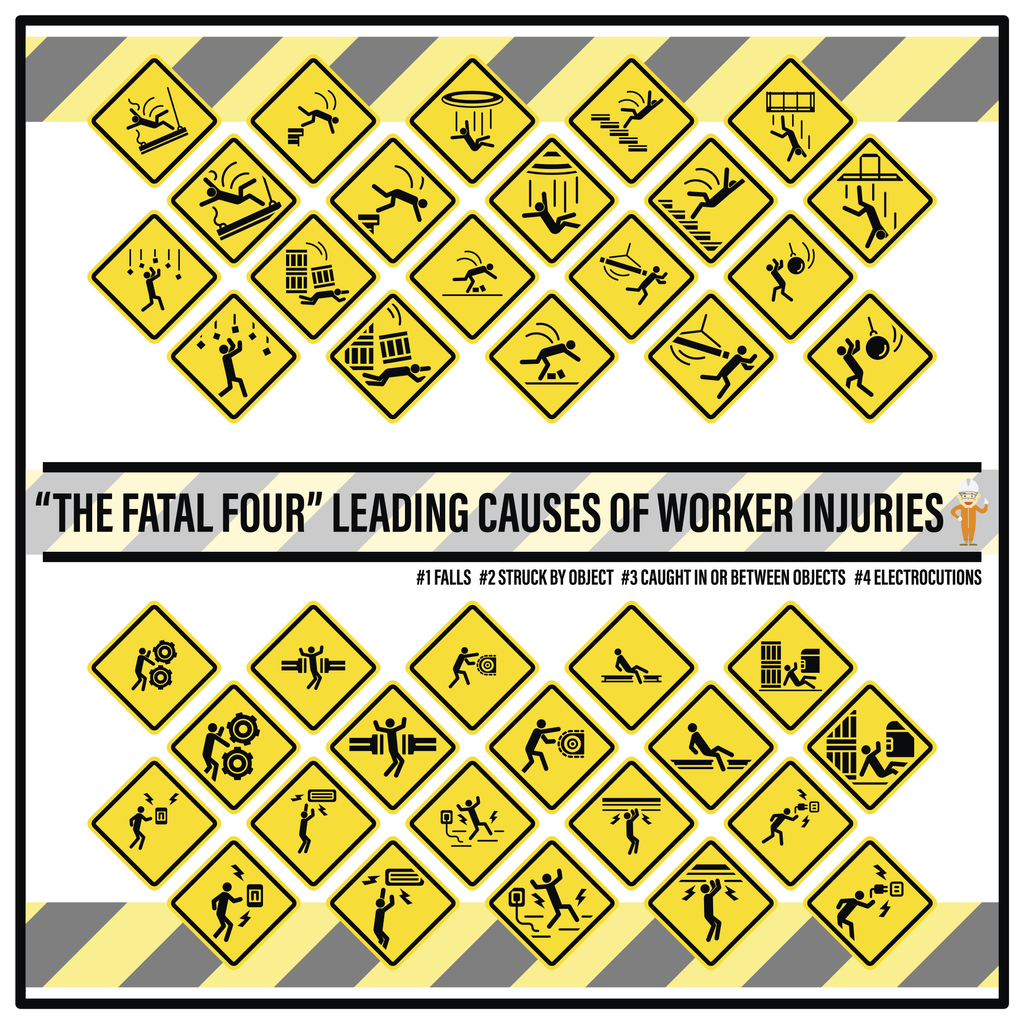 Falling employees accounted for over 36.5 percent of all workplace fatalities. Employees who have been harmed include those who have fallen owing to exposed edges or gaps, poorly built walking or working platforms, workers who have fallen off ladders, floors, scaffolding, large skyscraper construction areas, and so on, all due to a failure to apply sufficient fall safety. Fall protection equipment includes guardrails, safety nets, harnesses, and another fall protective gear, as well as basic safety preparation.

Employees falling accounted for approximately 36.5 percent of all workplace deaths. Workers who have fallen due to exposed sides or holes, incorrectly constructed walking or working surfaces, and those who have fallen off ladders, rooftops, scaffolding, skyscraper construction areas, and so on, all because proper fall protection was not used. These difficulties could be resolved by including OSHA fall protection rules, which include 1910.269(g)(2) Fall Protection.

Electrocution claimed the lives of 8.6% of employees. On construction sites, workers are exposed to a variety of electrocution hazards, including exposed wire, moist conditions while outlets are exposed, and so on. Contact with overhead power lines, electrified conductors or circuit sections in electrical and equipment panels, power tools, poorly maintained extension cords, and lightning strikes can all cause these problems. These accidents may have been avoided if OSHA 1910.331-335, 1910.269, and Standard for Electrical Safety in the Workplace (NFPA 70E) were strictly followed.

When completing work, "Lockout and Tagout" techniques are used to turn off electrical devices. If these precautions are not taken, or if suitable safety equipment or signs are not used or followed, severe injury or death occurs. 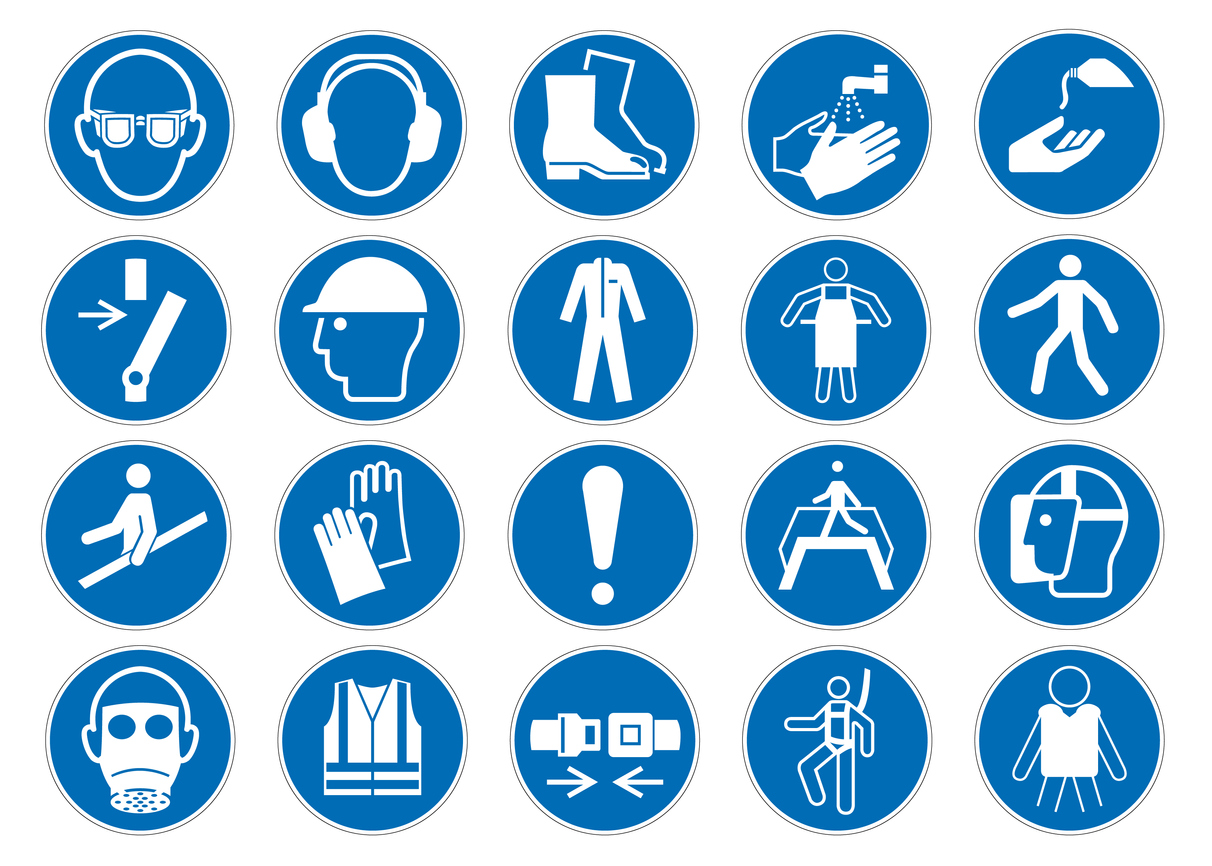 On the Jobsite, here are some safe work guidelines for live electrical work:

According to OSHA, 8.4 percent of construction workers who died in the former year died when they were struck by another object, putting them in third place for OSHA's Fatal Four. Items as tiny as a power tool falling off scaffolding and as large as excavators, bulldozers, and other heavy machinery were involved in these fatal accidents. When a worker is struck by an object, a variety of serious injuries might occur.

Protecting workers against flying items is problematic since they may not be doing the work that causes the thing to fly.

Workers must ensure that their co-workers obey OSHA and company safety requirements and use adequate personal protective equipment (PPE) for the job.

There are four types of Struck-by hazards:

Workers who are struck by things falling from a height can receive a fatal spinal cord or head injuries, even if they are wearing hardhats or other protective gear at the time of the incident. In addition to the skull and spinal injuries, a person hit by a heavy object of materials or a component of heavy machinery might suffer lethal wounds, crush injuries, or other severe internal organ damage.

According to OSHA, construction workers who became trapped in or between two things on the working site accounted for 1.4 percent of all deaths in the industry, ranking fourth in the Fatal 4 OSHA. For example, personnel were buried by trench collapses, and employees were trapped between two moving mechanical equipment.

Cave-ins in trenches and excavations and workplace accidents in which workers are pinned or caught between machinery or immovable structures frequently occur and without warning.

To avoid becoming entangled in or between items, take the following precautions:

Caught-in or caught-between collisions can be avoided by taking extra steps to secure all humans' tunnel walls and explicit construction sites when moving heavy machinery. Traumatic injuries can range from brain and spinal cord trauma to asphyxiation, amputation, or bone fractures when these events occur.